A Better Practice for Managing Many extras_require Dependencies in Python

One problem I was facing when building GNES: Generic Neural Elastic Search is how to effectively control the dependencies in Python. The main dependencies of GNES is very simple: numpy, grpcio, pyzmq and a YAML parser. But this only runs a vanilla GNES with no fancy deep learning models nor preprocessors. As GNES aims to provide a generic solution for multi-modality semantic search, it often requires extra packages from different domains, such as NLP and CV. Apparently, these optional dependencies are not required for all uses of GNES: people who use GPT2 as text encoder may require pytorch-transformer but not opencv and Tensorflow. We already know that setuptools provides a extras_require field that allows you to define those plugin-like dependencies as following:

This allows one to later cherry-pick the feature via pip install gnes[bert]. However, in practice I found difficult to maintain this feature map as it grows due to the following problems:

Anyhow, if you dislike something, you always find thousands of reasons to dislike it.

The solution that I figured out is simple but effective: maintain a package-to-feature map in a separate plain text file, then parse it to an inverted map in setup.py. So inverted index, kind of. For example, my extra-requirements.txt looks like the following:

If you work with an open governance model, you may want to set up some guidelines in CONTRIBUTING about the feature tags, so that other contributors can follow, e.g.:

Now here is my parser to “invert” this map into the format that extras_require needs:

, which returns a map as follows:

A nice thing about this solution is that you can add sophisticated logic in the parse function to enable fancy features. In this example, I use the canonical package name as the feature tag (e.g. annoy: [annoy==1.15.2]), and add tag all to allow a full installation via pip install .[all]. You can also add logic to improve granularity of the tags, or introduce hierarchies to them. Just remember to assign it to extras_require in your setup construct:

The complete example can be found here.

In this article, I introduce a simple yet effective solution to manage optional dependencies via extras_require in Python. This method is particularly useful when you have too many optional dependencies and you want users to install them as plugins or on-demand features. Comparing to the traditional method where we hardcode a big feature map in setup.py, this method is more readable and easier to maintain.

Managing a readable setuptools script is probably not on the priority list of every (or any?) AI engineer, still I think it is a nice little trick to keep in mind and make life a bit easier. I’m not going to call it the best practice because that would be way ambitious. So a better practice it is (than what described in the documentation).

That said, in GNES we actually have a more sustainable way to manage AI model dependencies via Docker containers, including required Python packages, deep learning framework, pretrained models, hyperparameters and GPU drivers. Everything is wrapped in one container, and the model developers enjoys the full autonomy. This concept is what I called Model as Docker, and Docker as a Plugin. Interested readers are recommended to checkout GNES Hub and find out how to use it in GNES. 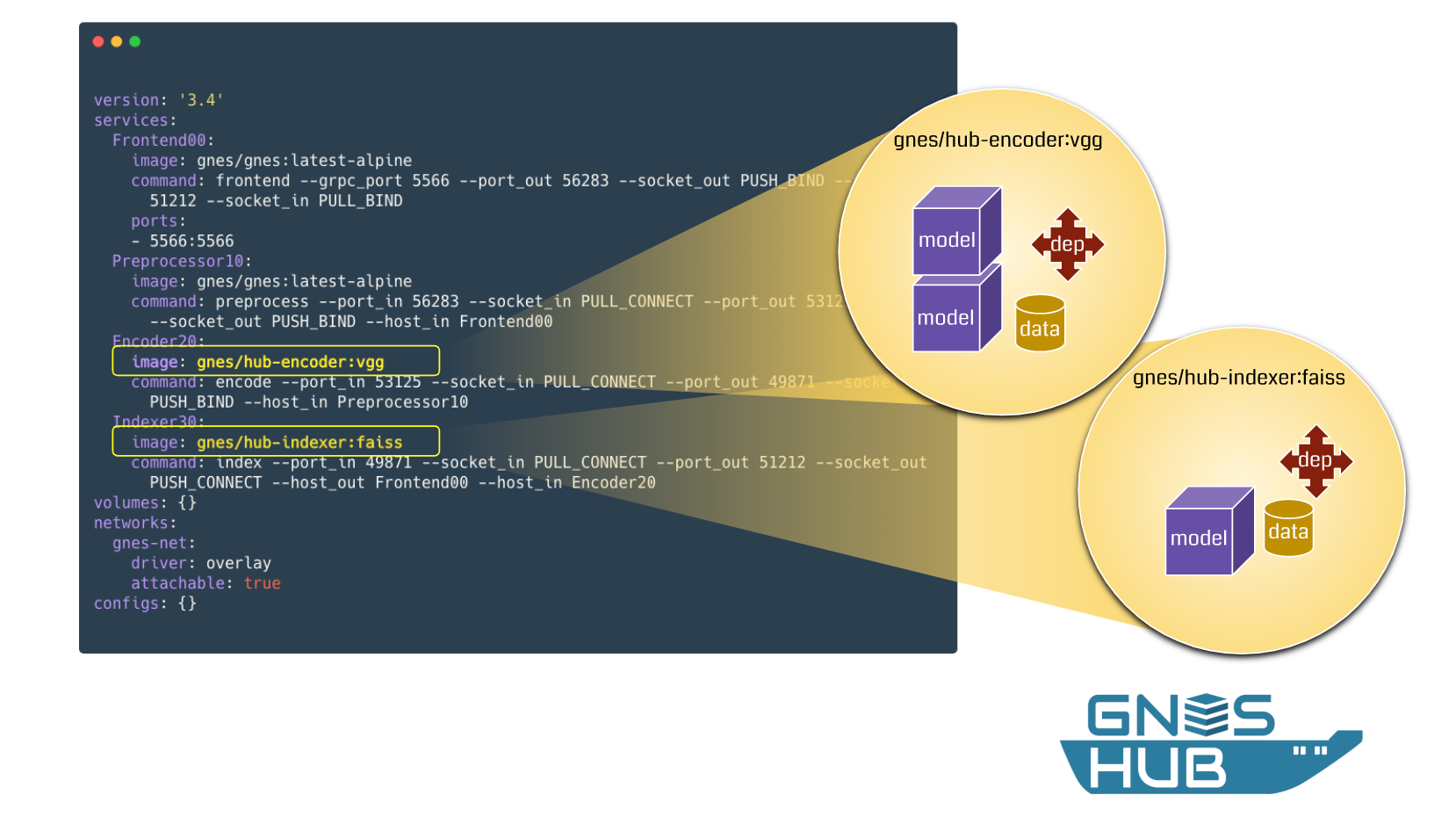